The answer to this question is simple: everyone. What I mean with this is there are two very distinct groups of high-end watch buyers: the collector along with the fundamental “watch lover.” The collector would be the guy who spent the previous 15 years residing on TimeZone along with the PuristS, the type of man who hears the name Walt Odets and understands exactly who I’m speaking about. The collector is the type of man who understands the distinction between hand polished and handmade. He’s gotten well past the point of arguing about brands and knows enough to discuss individual projects. He reveres Patek Philippe for what it intended to watches within the previous 100 decades, understands the significance and appeal of vintage Rolex, but purchases just what speaks to him. An eye lover, on the other hand, is somebody who might be a bit newer to high-end watches, and is still very brand conscious. Both purchase watches from Audemars Piguet, but probably different versions, and certainly for distinct reasons.Let’s beginning with the collector. The collector buys Audemars Piguet because of its history in great complicated pocketwatches. The collector purchases AP because when Patek Philippe wanted some help on the complex repeater of the Henry Graves Jr.. Supercomplication, it turned to AP. The collector buys AP because of watches such as this, this, and this. They buy AP because the Le Brassus manufacture has been at the very forefront of materials and engineering, showing off incredible watches such as the very first moment repeating wristwatch way back in 1892, the first jump-hour wristwatch in 1921, the first skeletonized pocket watch in 1934, the debut of an whole category in 1972, the first ultra slim perpetual calendar wristwatch with central rotor at 1978, the very first self-winding ultra thin tourbillon in 1986, the initial grande and petite sonnerie wristwatch in 1994, the very first self-winding grand complication in 1996, the first wristwatch equation of time with perpetual calendar in 2000, the high frequency chronometer with double-balance AP Escapement in 2009, also, a ton of different things.

The Royal Oak Concept Supersonnerie actually features three complications, a chronograph, tourbillon and minute repeater. The first two are essentially superfluous, it is the minute repeater that is truly outstanding.

Audemars Piguet claims the Royal Oak Concept Supersonnerie chimes as loudly as ten pocket watch minute repeaters, a seemingly exaggerated claim but quite plausible once the Supersonnerie has been heard in action.

Three patents were instrumental in building the Supersonnerie. The first relates to the manufacturing of the gongs, a process that creates an optimal gong which nonetheless needs to be filed by hand to tune it.

The next patent concerns the case construction; the back is actually two pieces, an outer case back and an inner back that functions as a soundboard. Instead of being attached to the base plate as in ordinary repeaters, the gongs are attached to the inner case back, a thin disc of special alloy. This disc functions as a soundboard, amplifying the chimes of the repeater. 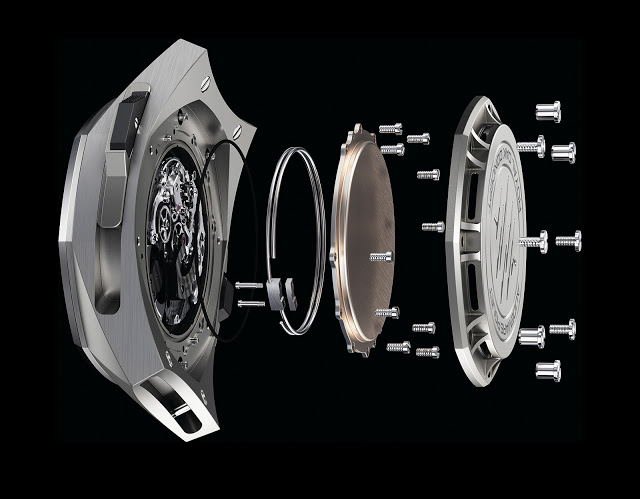 Notably, despite the large apertures in the outer back for sound transmission, the Supersonnerie is water-resistant to 20 m, as the inner back is sealed. Most minute repeaters are not water-resistant at all, since the cases are not sealed so as to improve the sound. 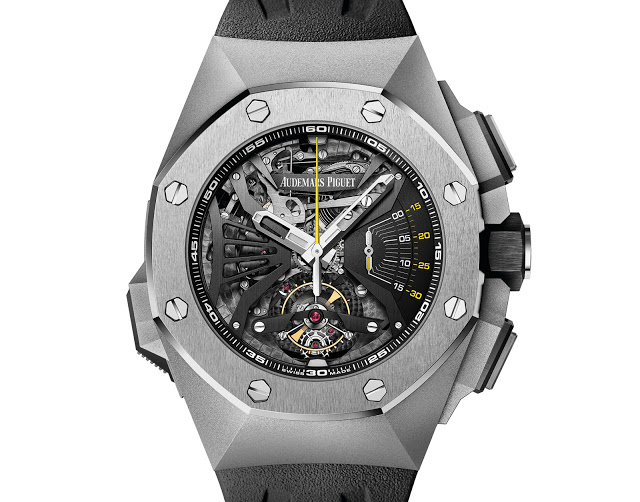 We will bring you more details on the Supersonnerie soon. In the mean time, follow our SIHH 2016 coverage for the latest from Geneva.