The Heritage Chrono’s announcement electrified the planet’s see forums, and all a sudden, the most experienced watch collectors on earth were dying to have a 4000 eta-based Tudor – a testament to what great vision and great design can do for a brand that up until that point has been, in my very humble opinion, a really secondary participant in the customer watch marketplace. I do credit two guys – Tudor managing director Philippe Peverelli – on board since 2009 – and inventive manager Davide Cerrato – since 2007 – using this noticeable shift in direction for Tudor world-wide, and having gotten to know both a bit over the last two years, I could say they are two that actually “make it”. They hear, they pay attention, and they build watches which are respectful of their amazing background Rolex and Tudor discuss, while pushing things ahead.2012 was the year of the diver for Tudor. They announced a totally revamped line-up, with a classic inspired Heritage Black Bay model and this watch, the Pelagos. I own three of them – a 1972 Rolex 5512, a 1962 Rolex 5508, and a 1974 Tudor Snowflake. I have worn just about each Rolex and Tudor dive watch ever produced, at some stage or another, therefore it’s a class with which I’m familiar. However, my proclivities tend to trend towards the vintage pieces, so while I understood the Pelagos are a well-made product, I was thinking it was the Black Bay that are the Tudor diver for me personally. That all changed over the week I had the Pelagos, since it might not have the hot hue of creamy patina or colorful bezel, but what it does have is an incredibly well made framework, a handful of “niceties” and also an undeniably truthful purpose – this is a tool lookout.

Introduced just last month, the Tudor Pelagos LHD was a surprise, despite the expectant rumours in the weeks before its launch. 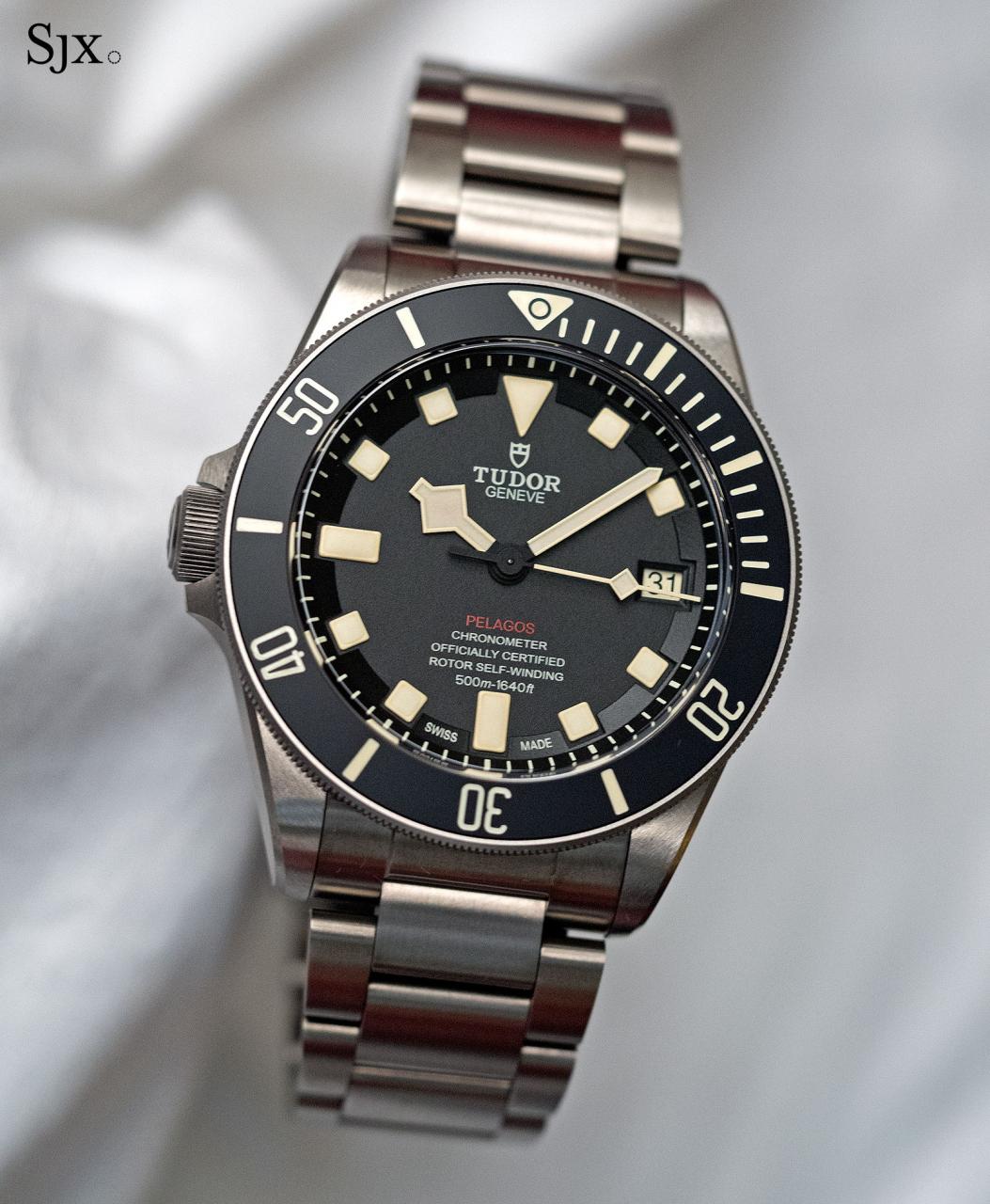 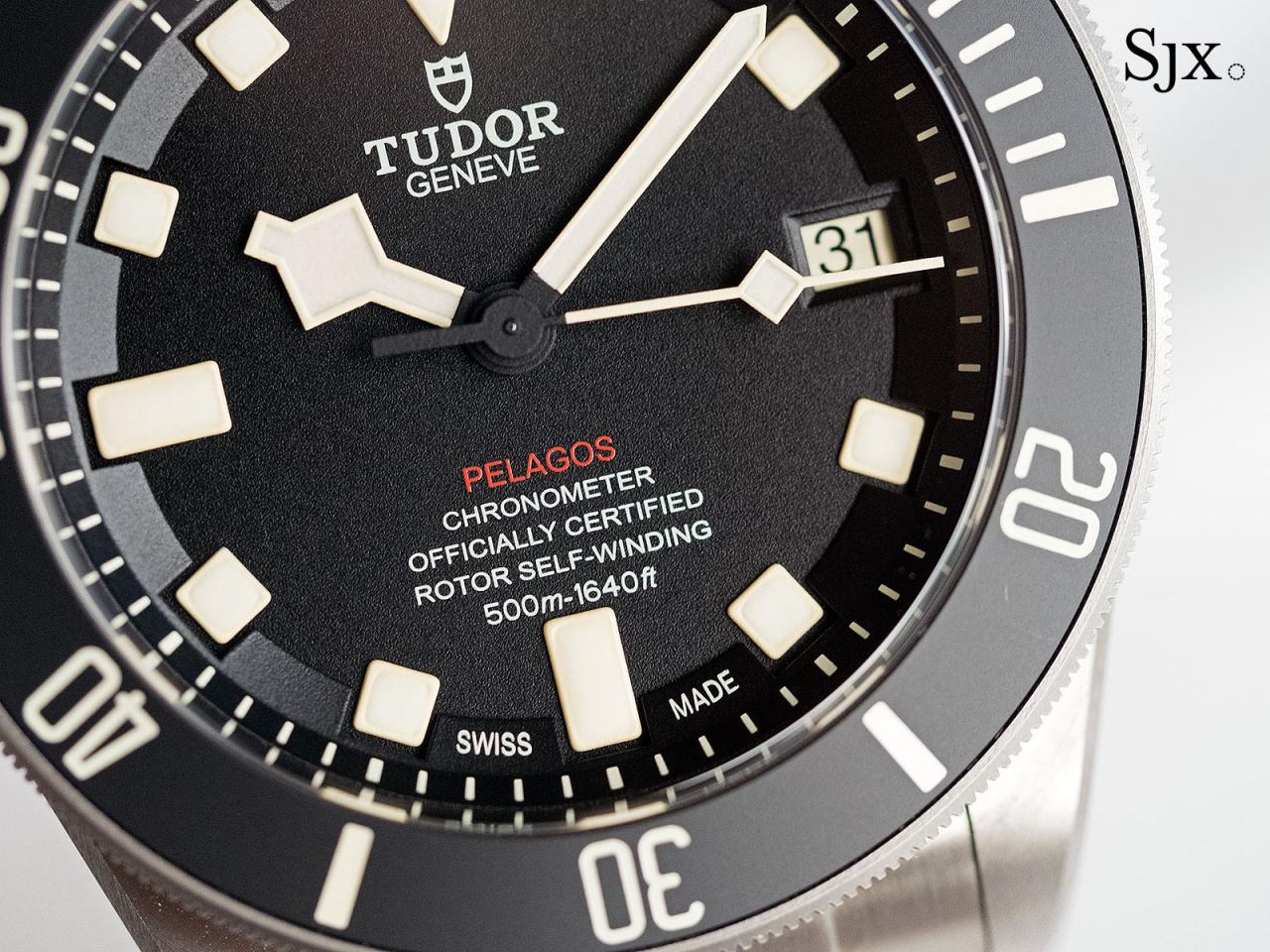 A left-handed crown is its most obvious novelty, one that’s generally popular for sports watches (most notably on Panerai’s destro timepieces). 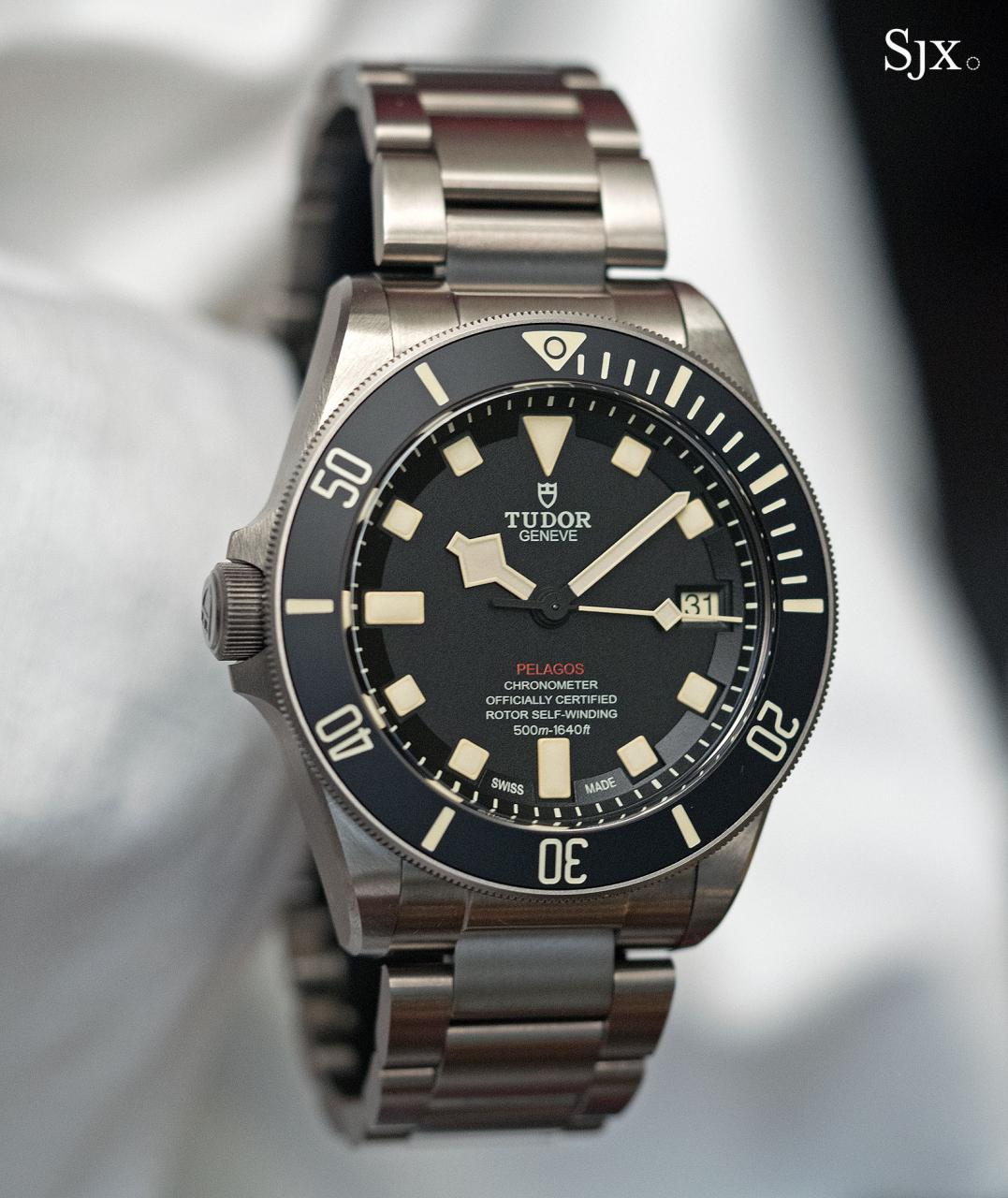 Inspired by the Submariner watches custom made for left-handed divers of Marine Nationale, France’s navy, in the 1970s, the left-handed crown is an unusual feature takes some getting used to on the wrist. Not so much for its impracticality, but the visual surprise of having it on the other side. 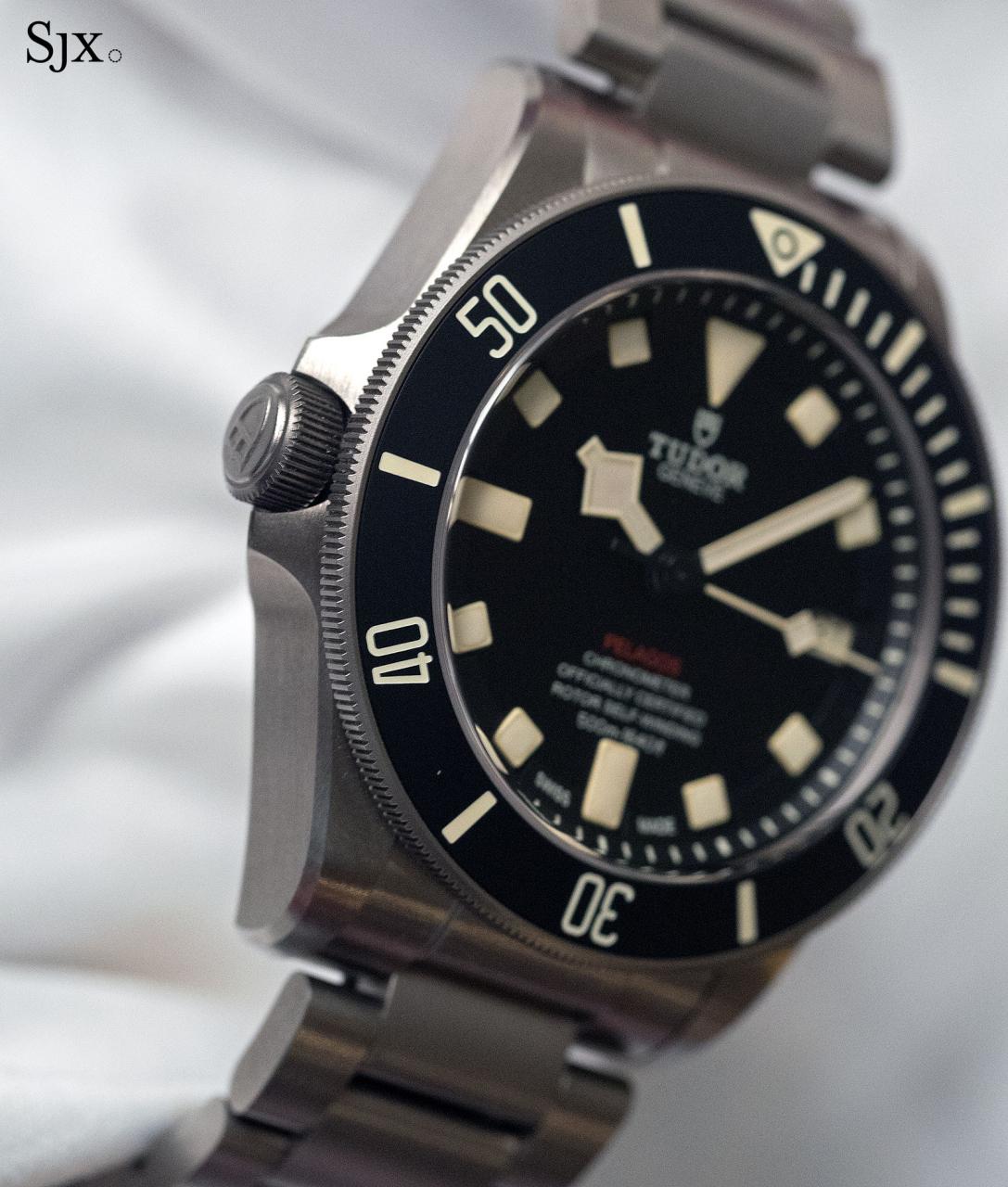 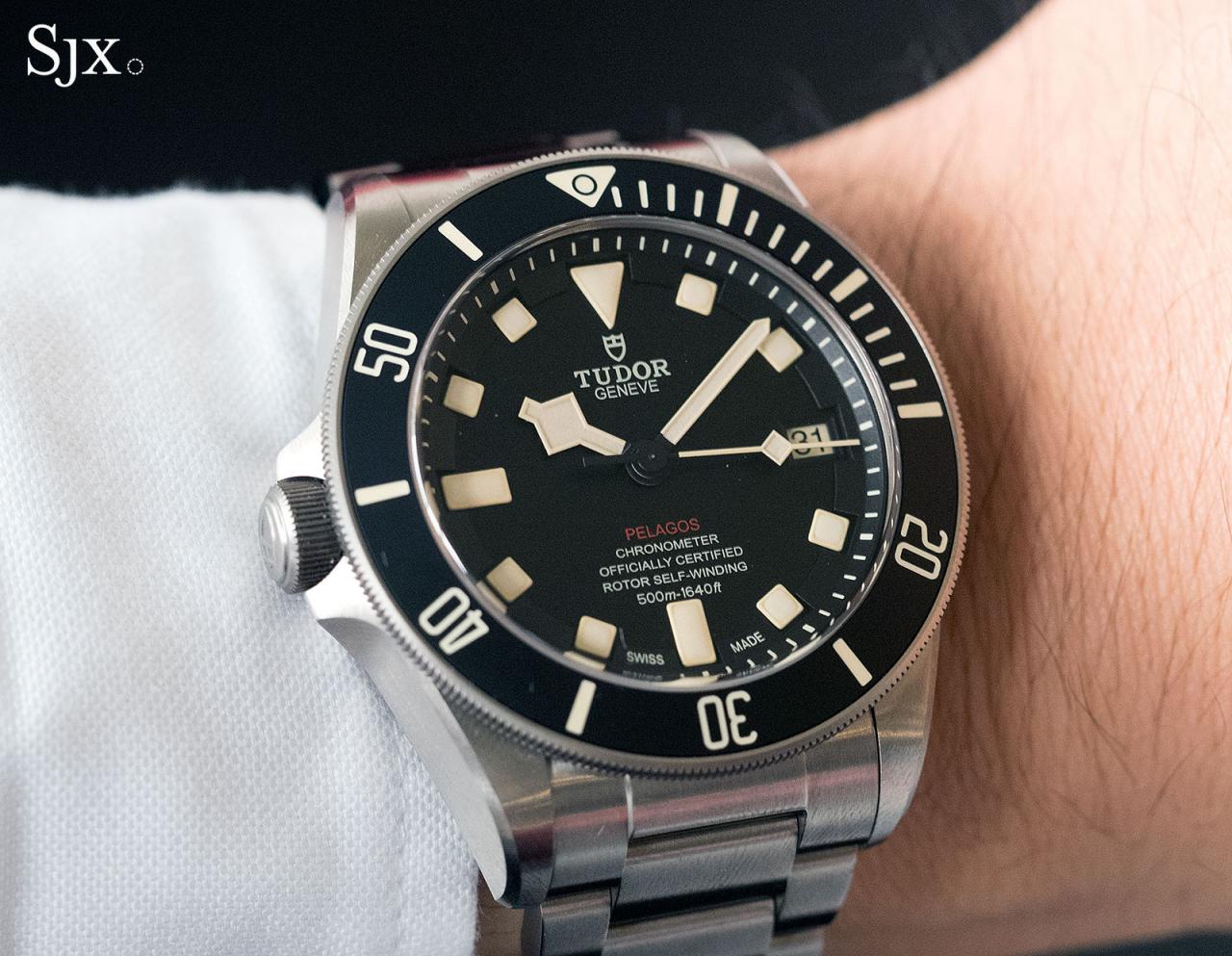 While the crown has been moved, the case remains identical in size and finish. It is 42mm, titanium, and finished with neat brushing on all its surfaces – a pleasing degree of quality at this price. 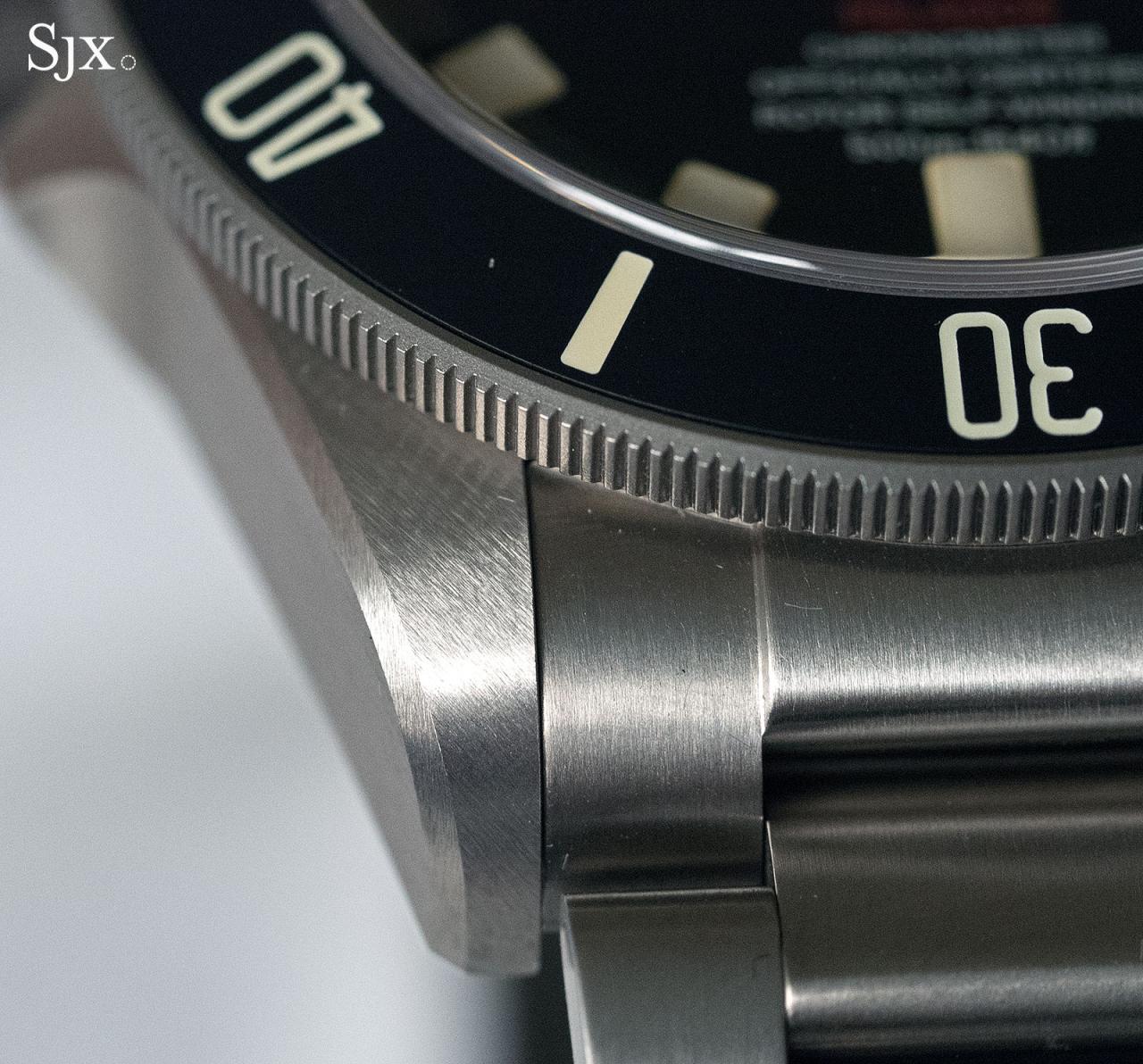 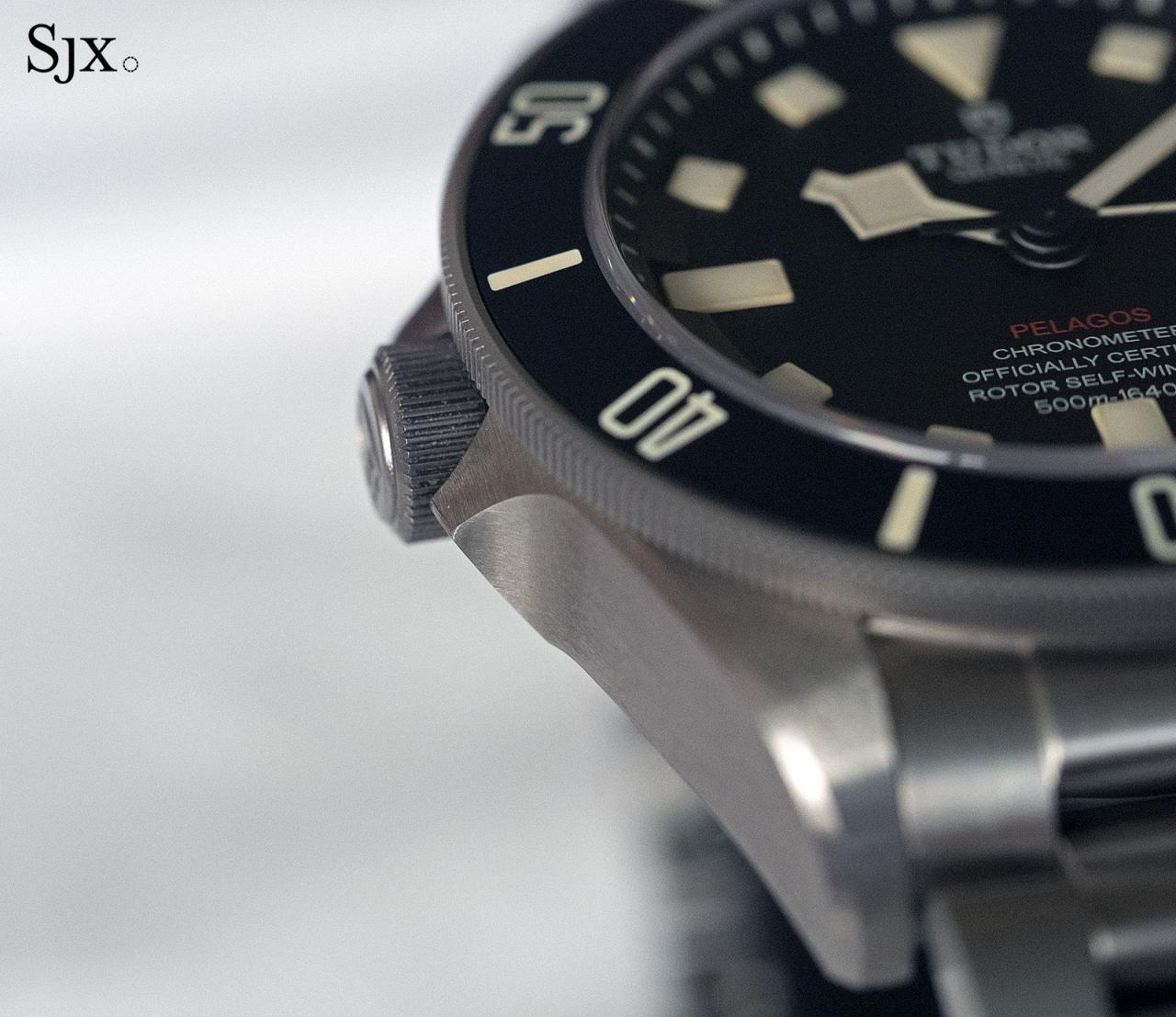 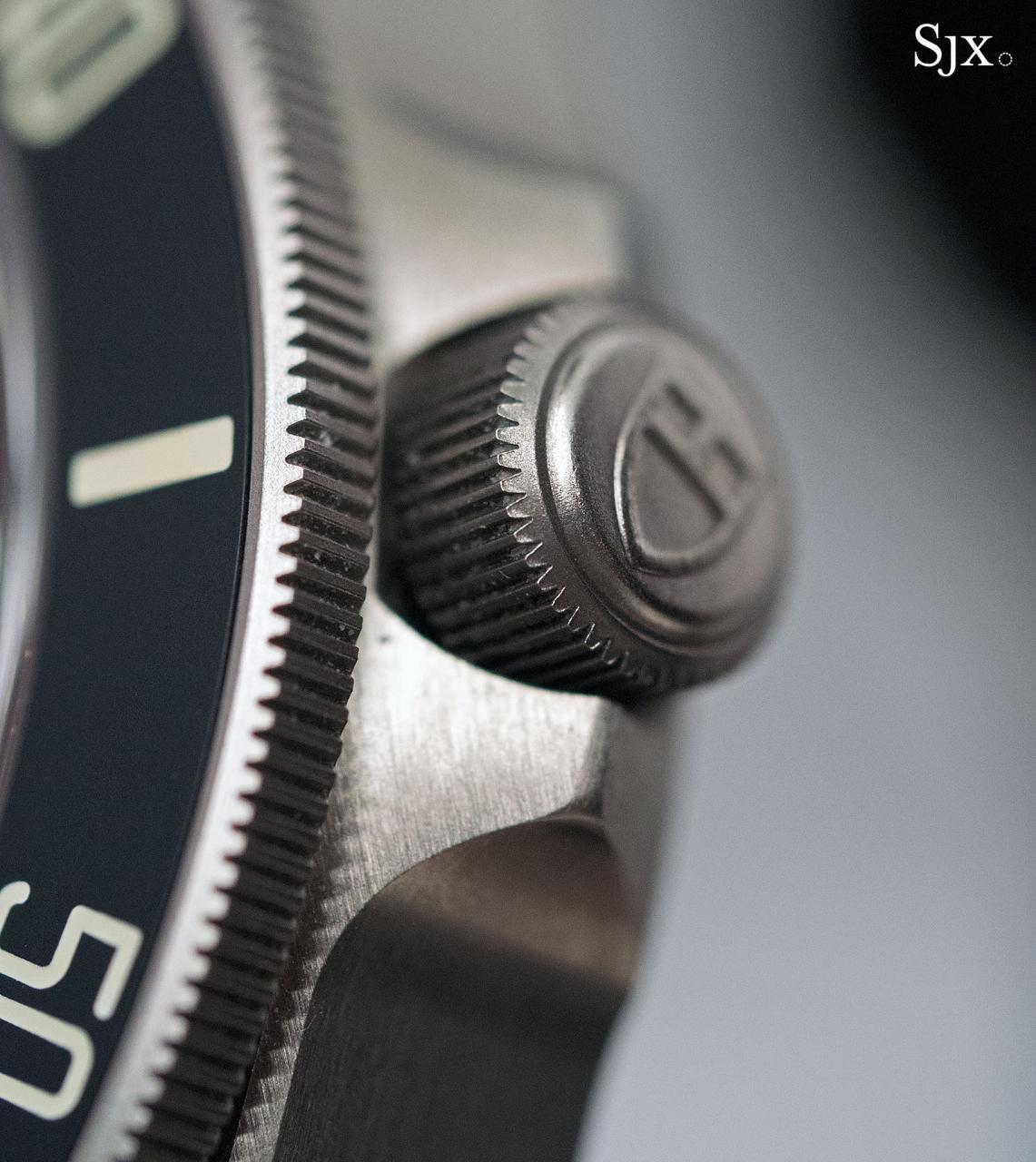 Another unusual feature of the case is the deeply etched, oversized serial number on the back. Each Pelagos LHD case is numbered sequentially, meaning the first watch that rolls off the line is “No. 1” and so on. This contrasts with Tudor’s usual practice of an anonymous, indecipherable serial number that’s applied to all watches made.

This doesn’t mean the new Pelagos is a limited edition, but the new numbering system is a certainly a detail that will appeal for aficionados, since it makes an affordable watch that much more special. 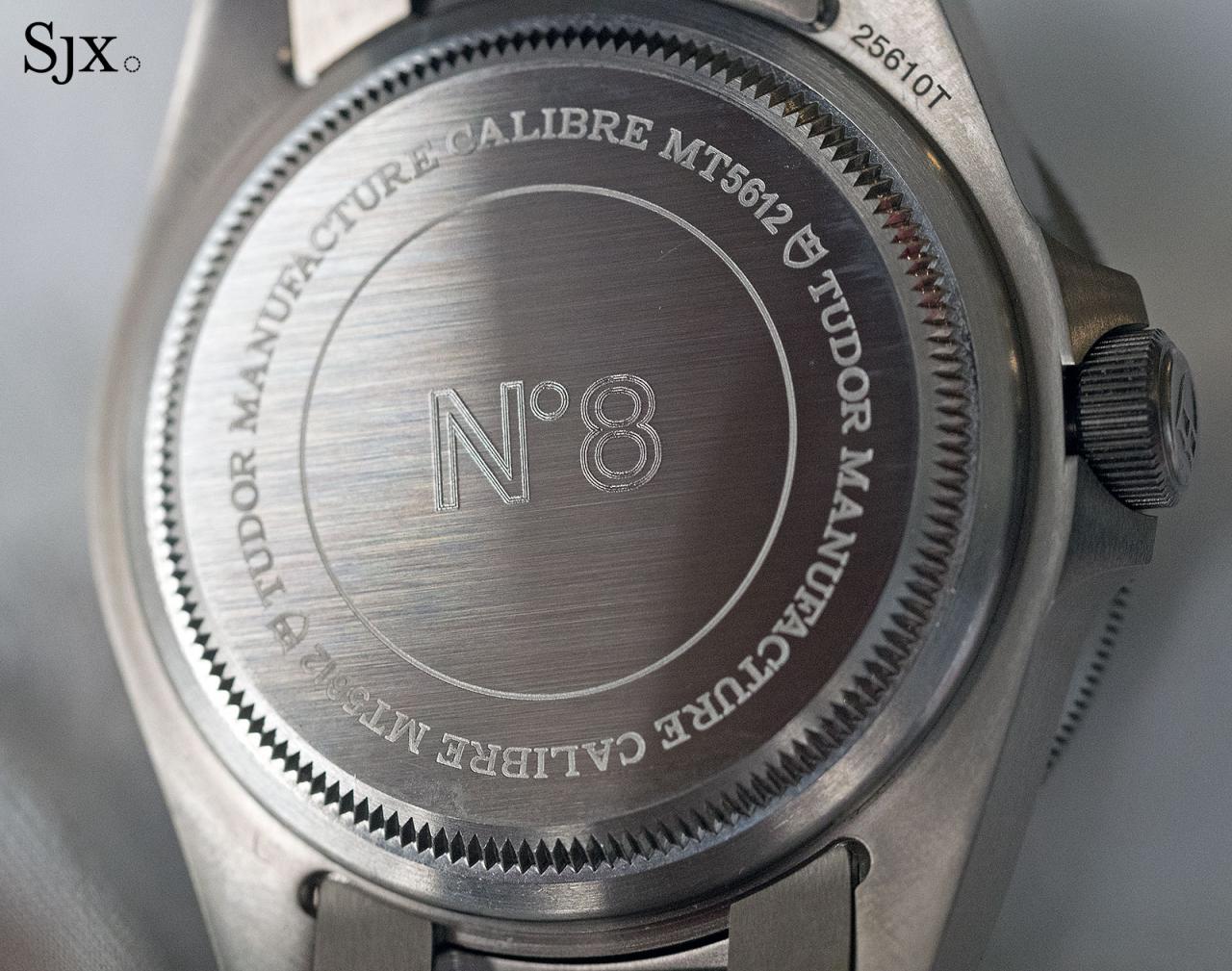 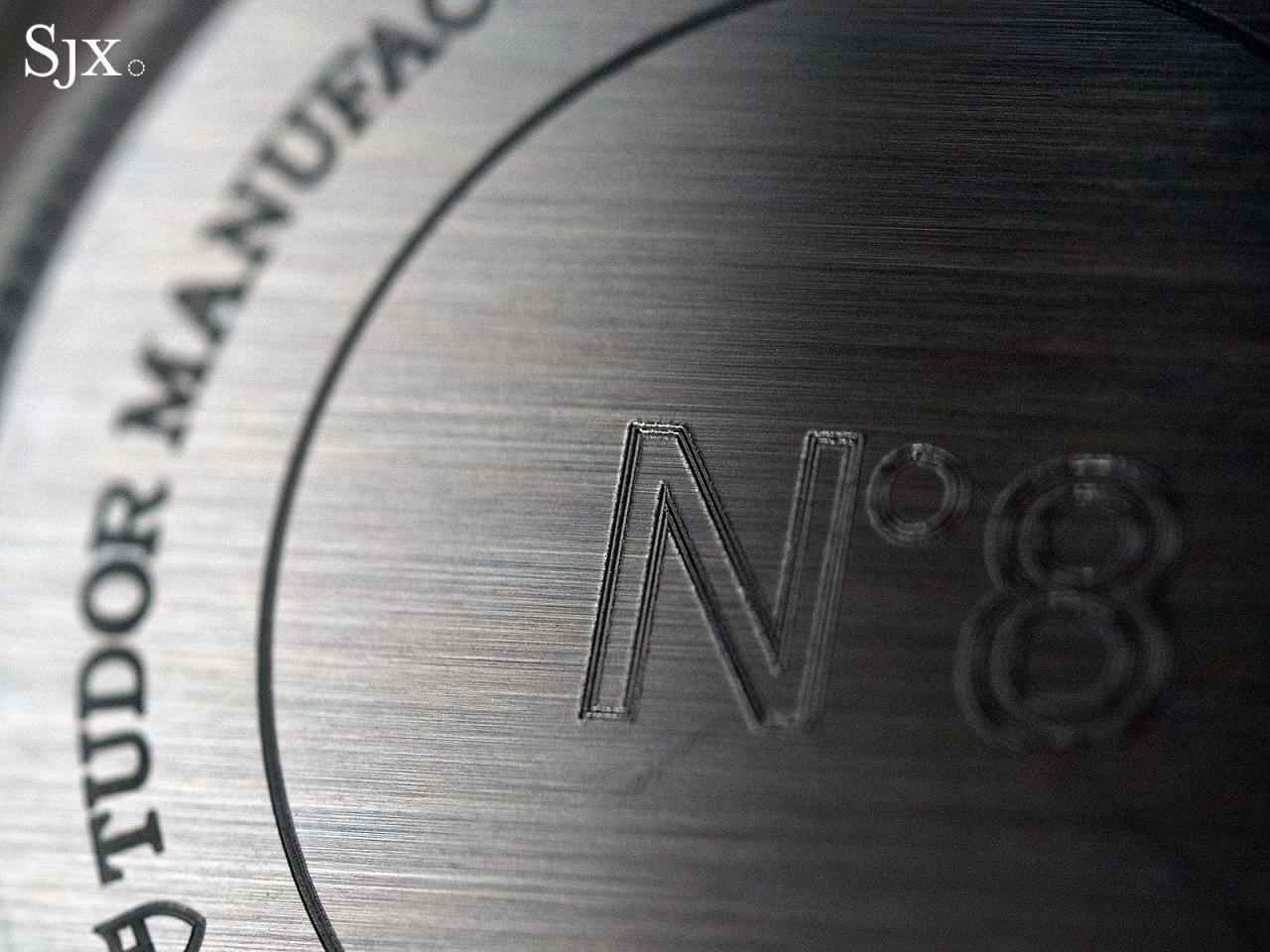 On the dial the retro styling is the most obvious, with a matte, grained dial with “Pelagos” prominent in red. Reminiscent of various Rolex dive watches of the 20th century, the scarlet lettering becomes the focal point of the dial because of its colour. 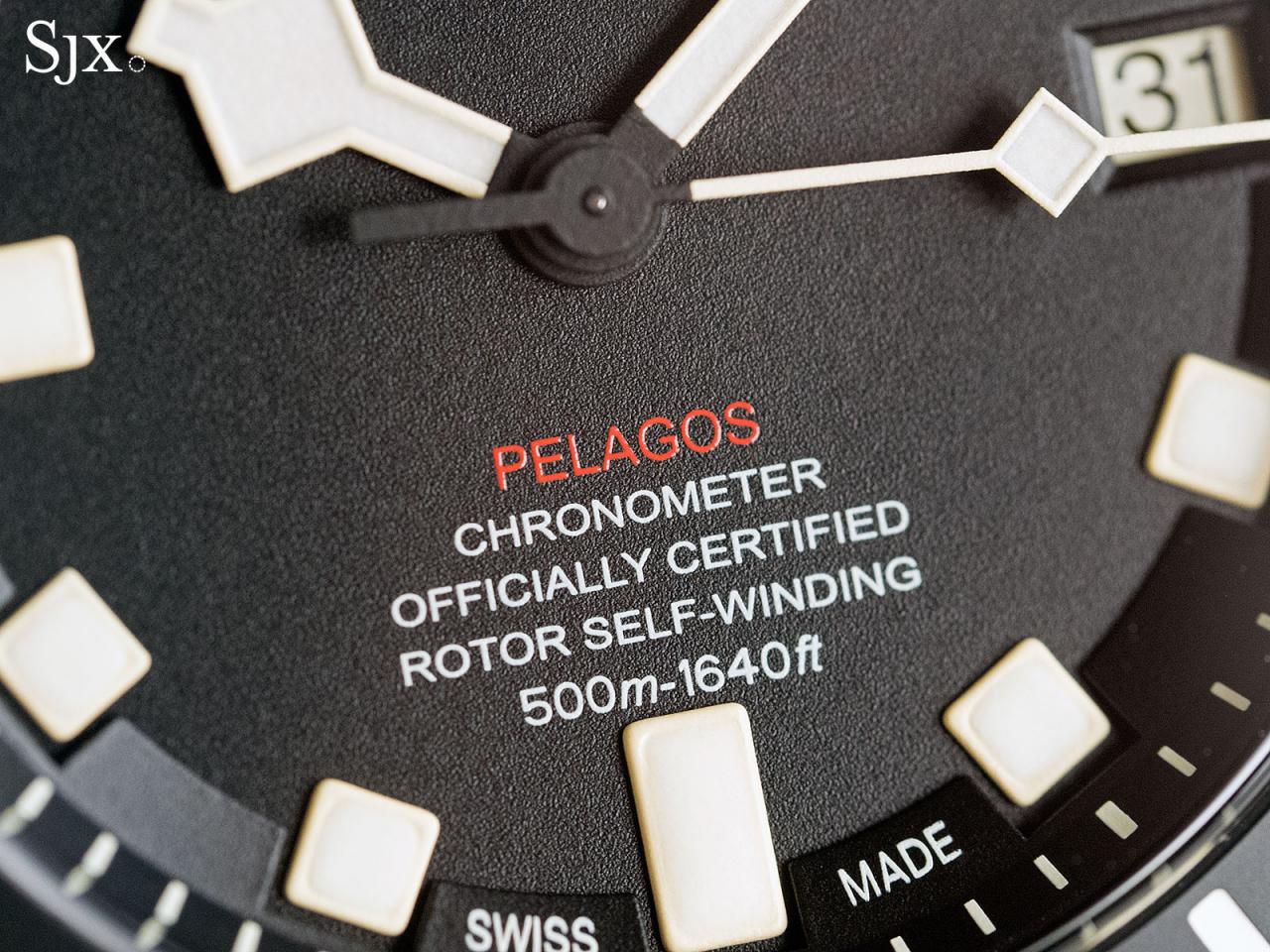 And more red can be found on the “roulette” date wheel, named after the alternating red and black typography for the date numerals, which is yet another element taken from vintage watches.

Despite all the vintage-inspired elements all over the watch, the beige Super-Luminova on the dial, hands and bezel is still a surprise. Meant to mimic the look of aged tritium found on vintage Tudor dive watches, the beige luminescent paint gives the Pelagos LHD the feel of the Black Bay, rather than the original Pelagos. 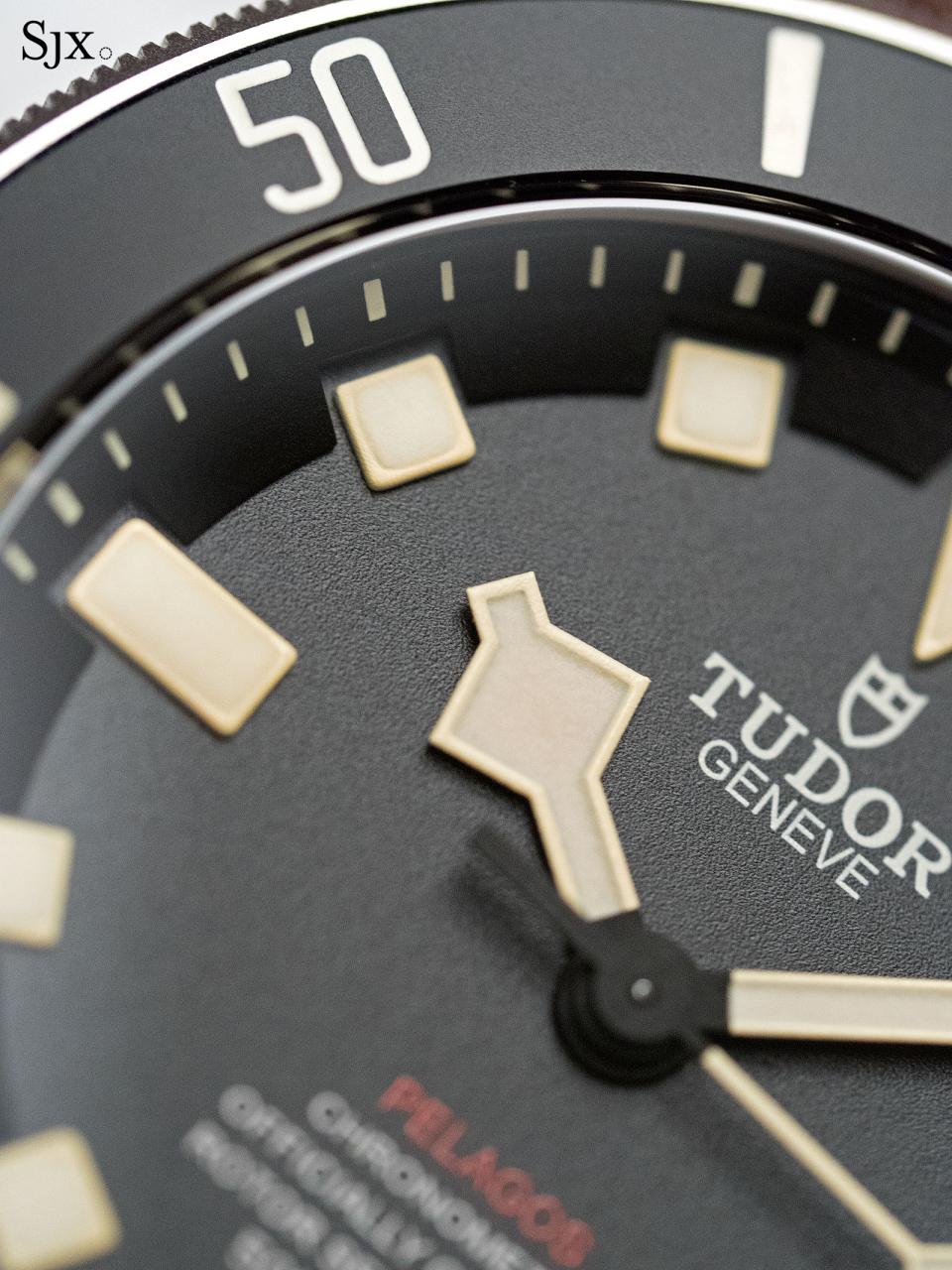 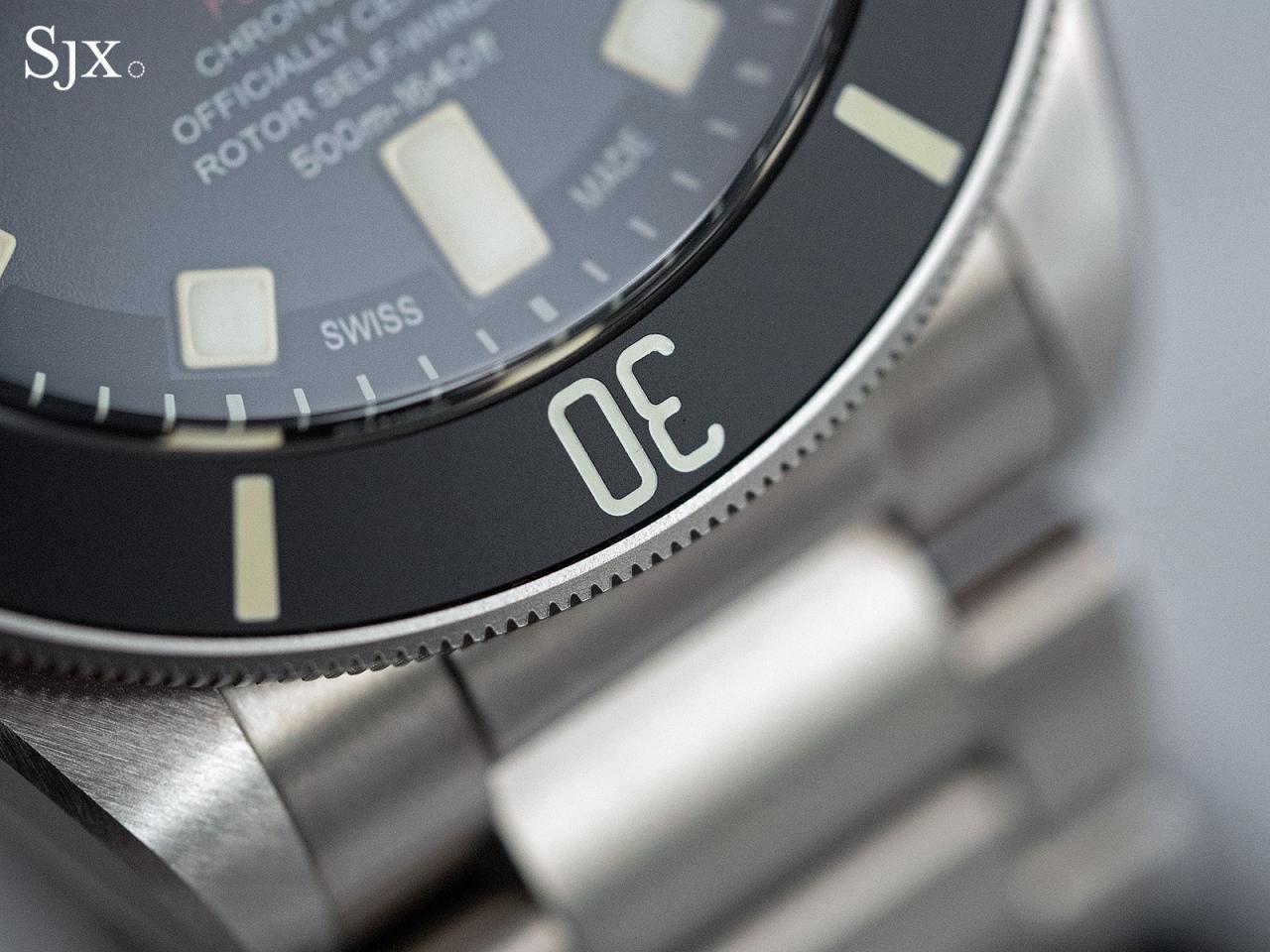 The bracelet is exactly the same as that on the ordinary Pelagos, which is to say very good. Most notably is the self-adjusting clasp that tightens to fit the shrinking wrist as the wearer descends into the water. 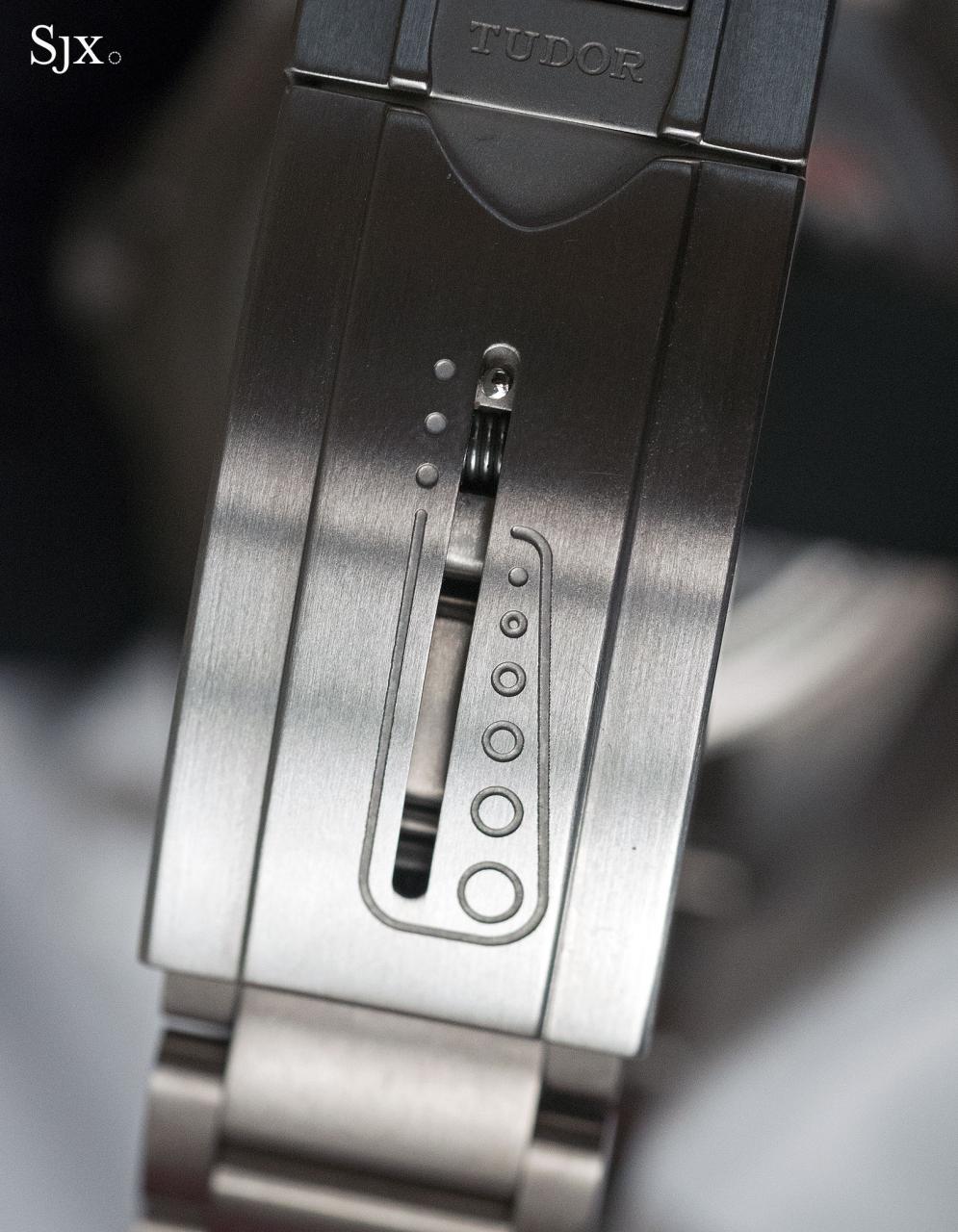 As a package the Pelagos LHD is easy to like, being the right combination of modern features and finishing as well as vintage aesthetics. It is almost surprising how much of a crowd pleaser it is, given the historic stance of Tudor (and its parent company, Rolex) of being above the fray. For what it costs, the Pelagos LHD ticks all the boxes. 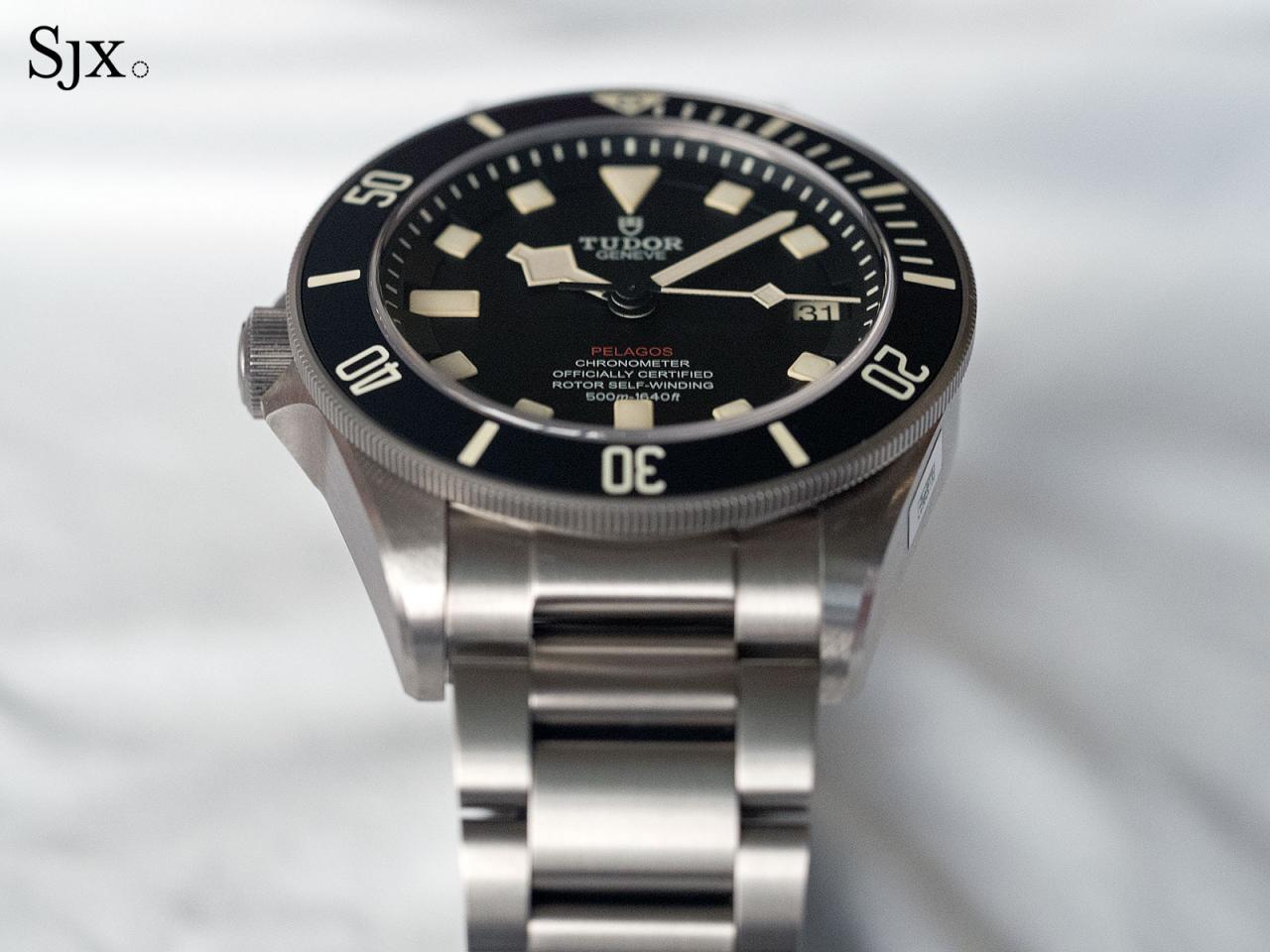