The Pelagos has a real and clear, but not overwhelming, existence on the wrist. So while 42mm is not a massive stretch for me, the very first day or so I looked in my wrist and thought “ok, this is kind of big.” That soon faded after I realized I’d completely forgotten I had been wearing a 500 meter. What I really mean is being manufactured from titanium, the watch is mild enough and the case thin enough that I hardly noticed it (unlike, say an IWC Aquatimer Chrono, which is simply gigantic and impossible to forget you are wearing – I know because I own one). The Pelagos was sliding under my cuff easily – something that I just didn’t anticipate. This is a watch you can wear and forget about, the sign of any great tool watch.The Tudor Pelagos is a superb instrument watch. Maybe among the best in its price bracket. In reality, I’m not sure I could name a better made 500m diver that comes in under $5000 – the Pelagos includes a Swiss retail cost of 4100 CHF. Yes, it’s powered with an ETA self-winding movement, but so are lots of good dive watches, including the Tudor Subs of the 1960s and 70s. I can listen to the naysayers already, complaining you may get ETA powered divers for much less. And you can, but using this Tudor you are getting so much more than simply an ETA diver. You are receiving an incredibly well designed, totally functional tool watch in an entirely Swiss-made bundle (not many competitors in this variety can state that) that is a breeze to wear and will handle anything you throw at it. If you’re looking for a more stylized diver, perhaps the Black Bay is your Tudor for you, but if you would like a watch you can throw on, enjoy, wear each and every day of your life, rather than worry about, the Tudor Pelagos is it.

Last year Tudor took the covers off its most affordable Black Bay variant, a compact 36mm model without an elapsed time diving bezel. Now that’s been enlarged, proportionately it has to be said, and turned into the Black Bay 41 that’s just as affordably priced.

The case is now 41mm in diameter, making it the same size as the Black Bay and even the new Black Bay Chrono. The 5mm extra it has over the Black Bay 36 is significant, giving it significantly greater presence on the wrist. Its size is magnified by the plain dial and smooth bezel. 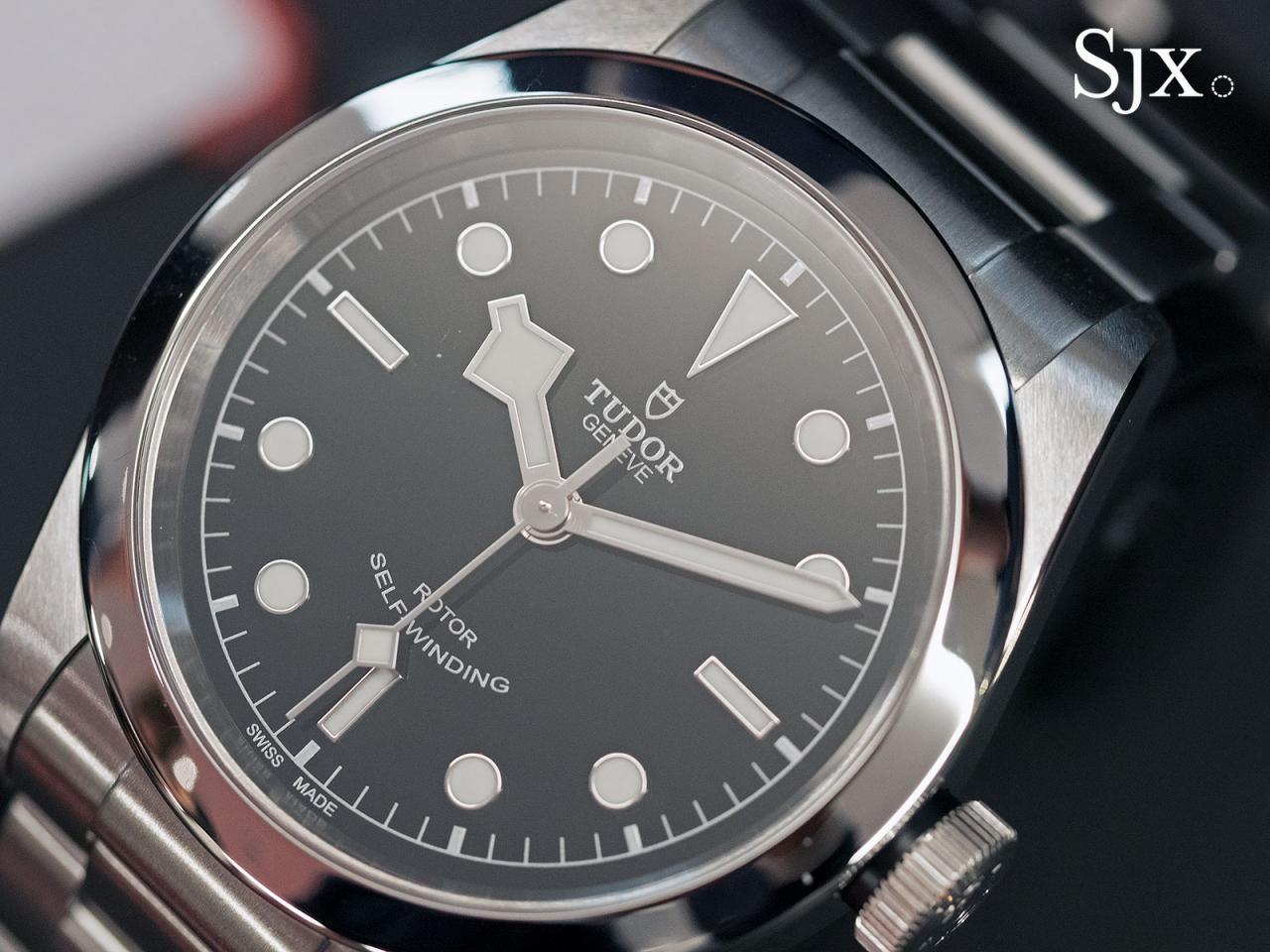 Despite the current fad for smallish vintage watches, 36mm is too small for most men, though it worked well as a ladies’ watch with a military bent. So the Black Bay 41 is a strong proposition, especially since it’s been upsized correctly. 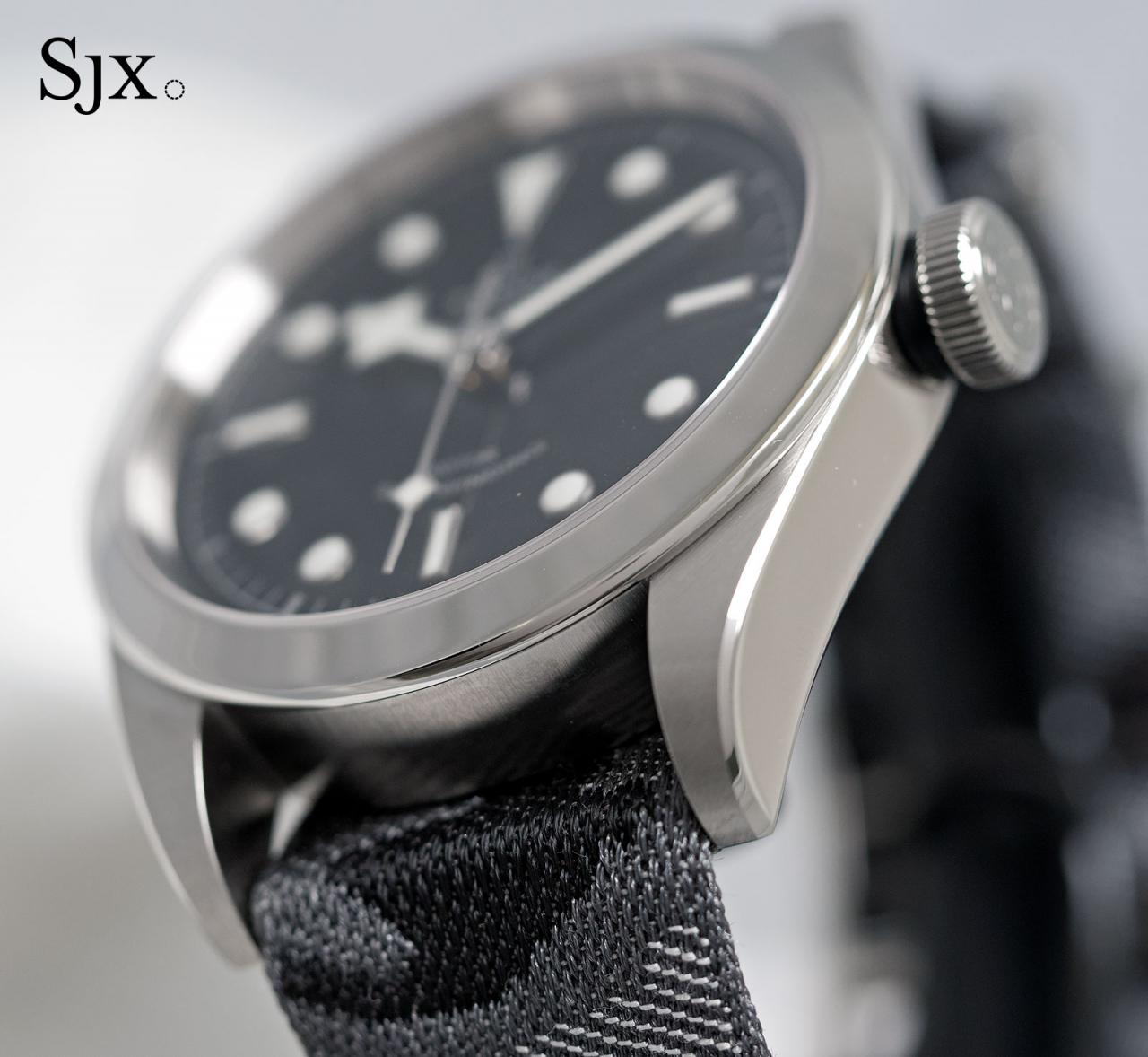 The dial and hands similarly resized to suit the new case. The snowflake hour hand, for instance, is longer, with a larger snowflake at its end. 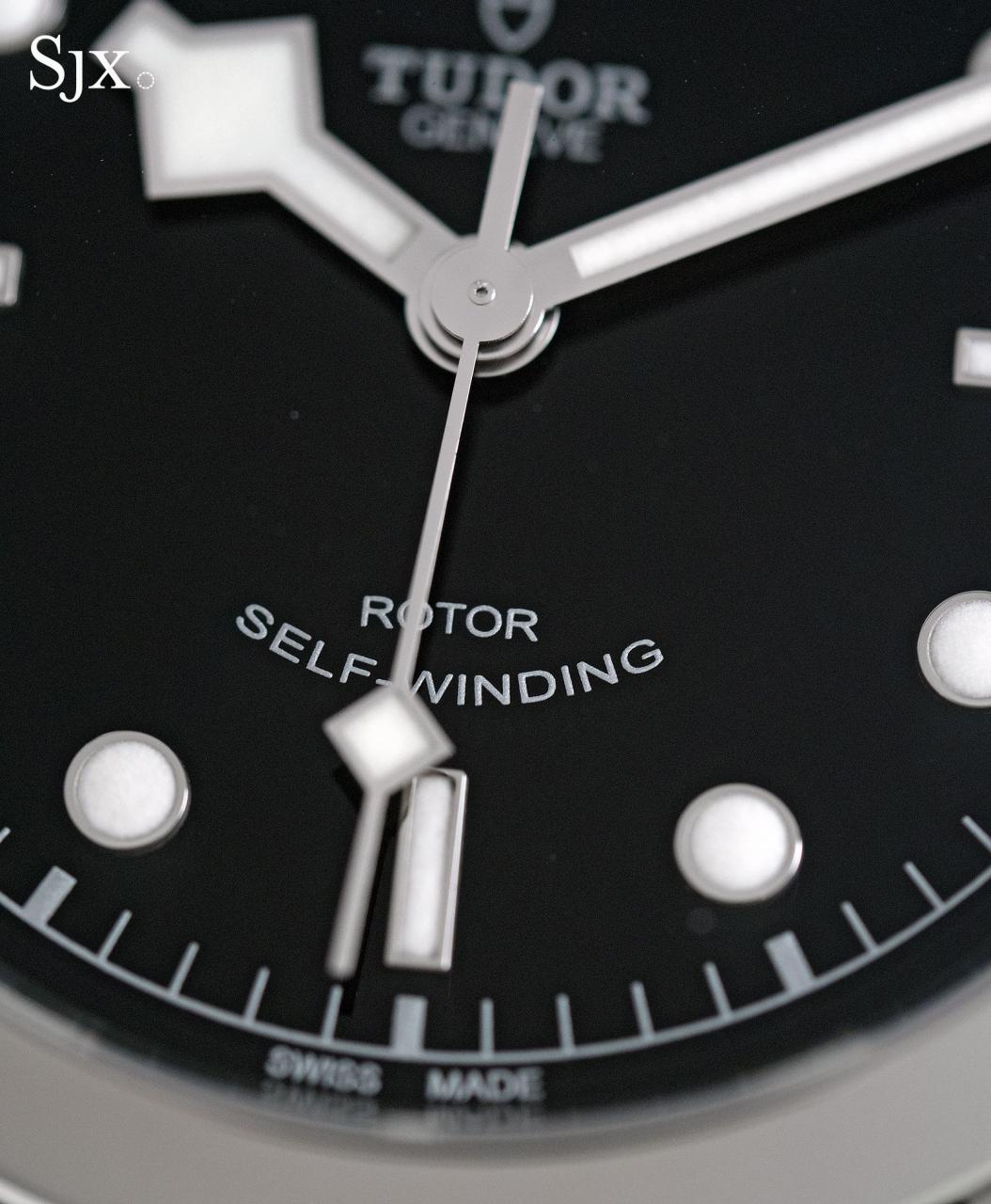 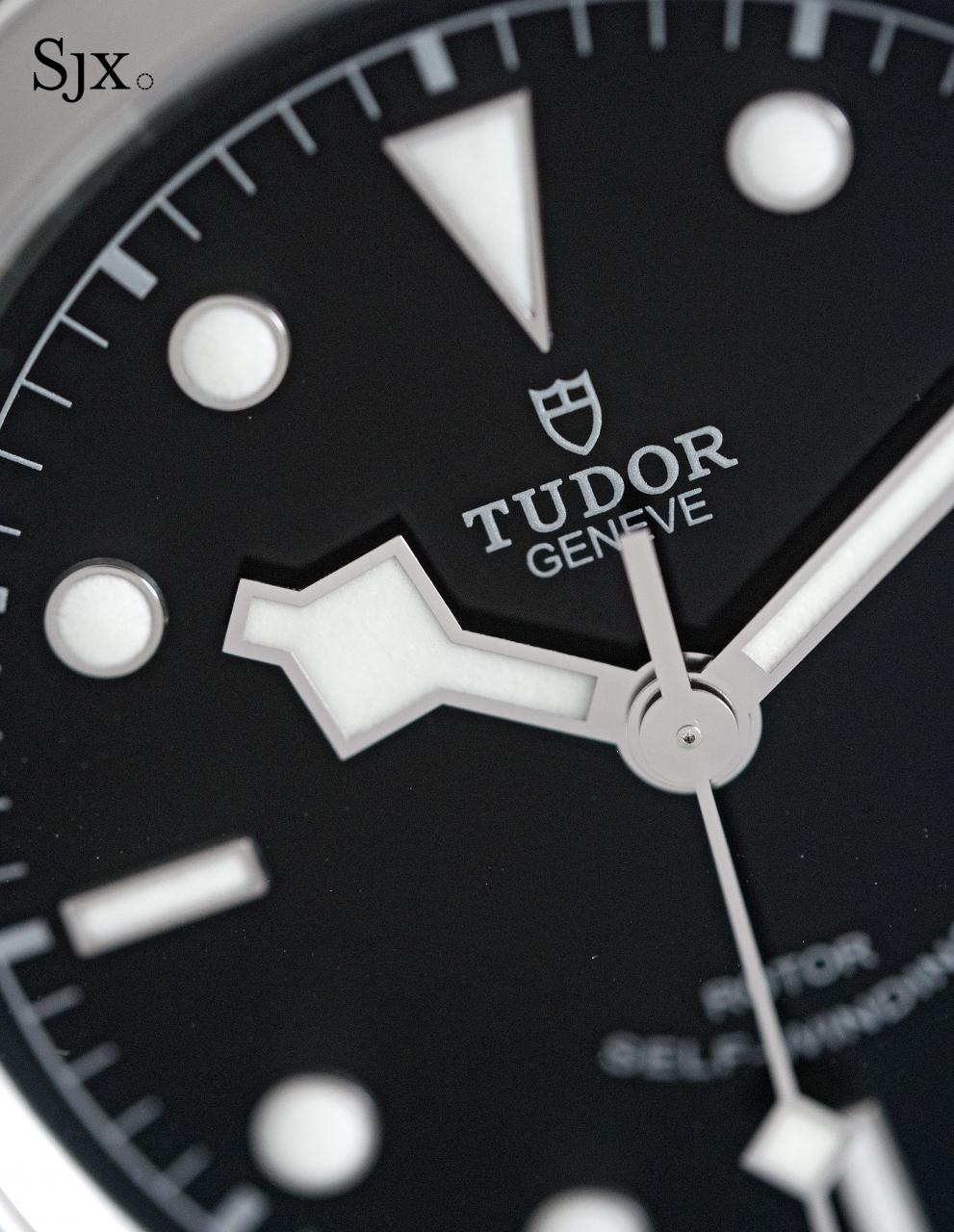 All the key characteristics of the smaller model remain: glossy black dial with silver print, flat bezel, and the Oyster-esque case with polished bevels along the edges. The case is rated to 150m, with a screw-down case and back. 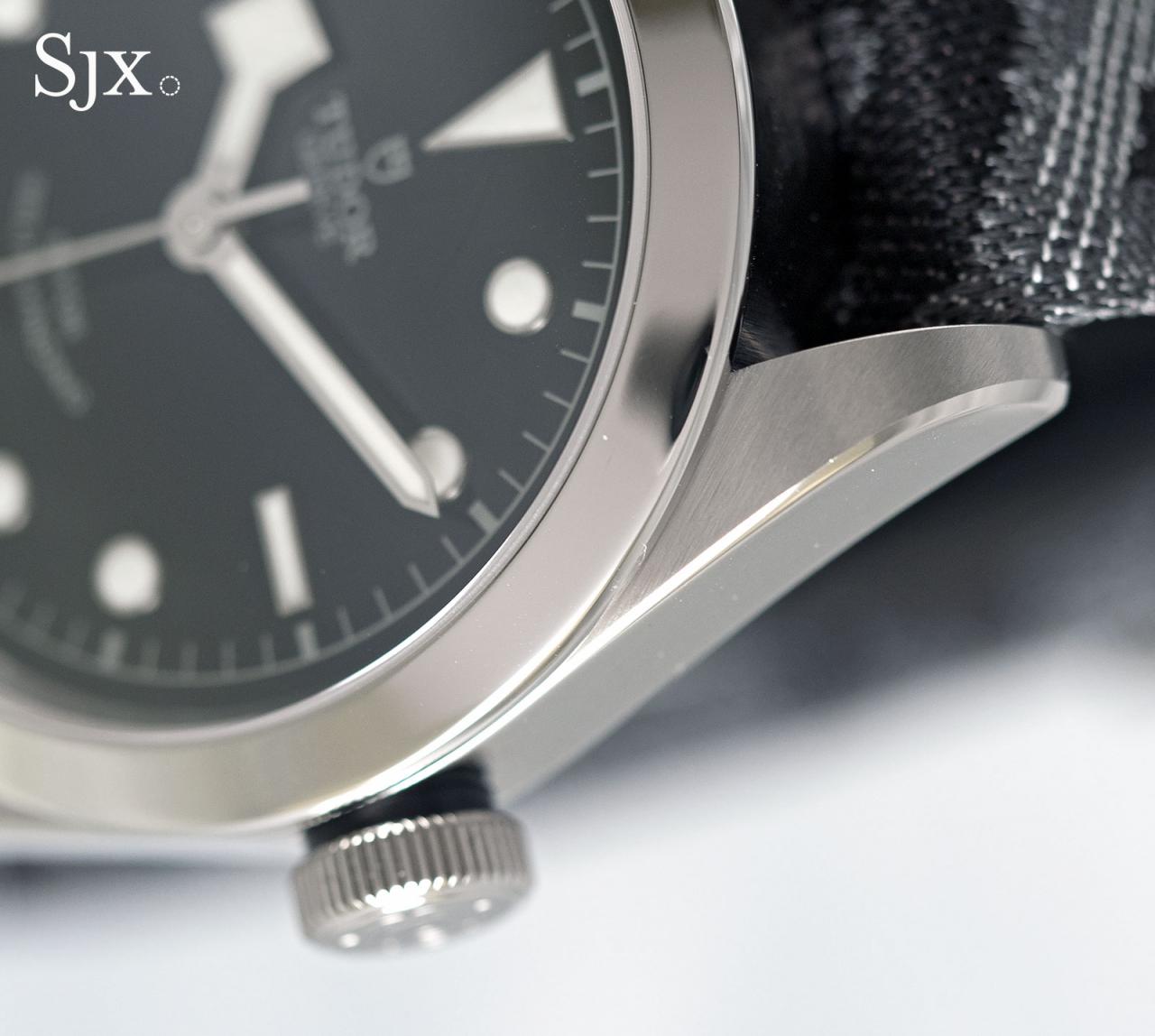 Inside is the still the ETA 2824, the movement found in Tudor’s entry-level models. Robust and economical, it’ll run reliably for a long, long time, but has the downside of a shortish 38-hour power reserve. 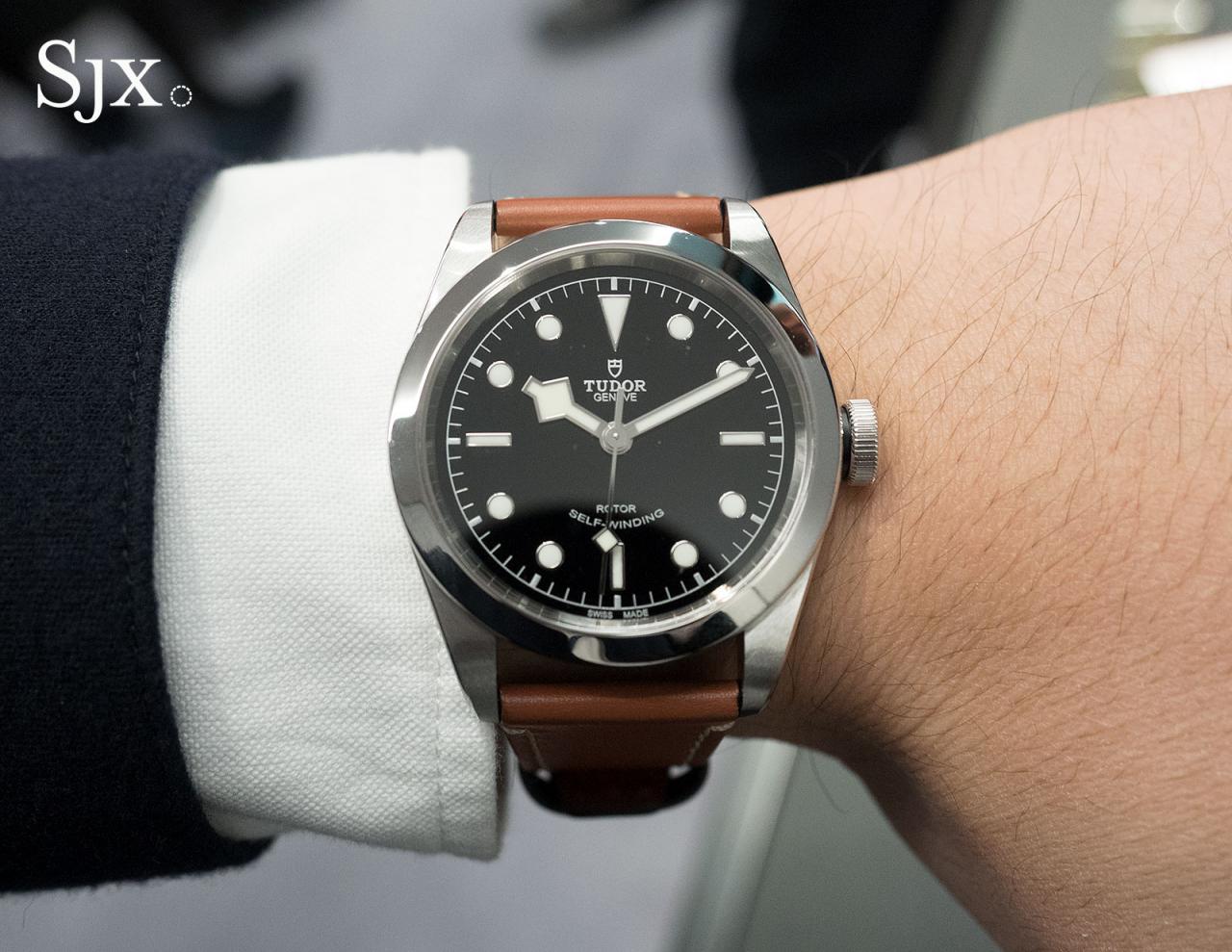 Like all of Tudor’s other retro style Heritage models, the Black Bay 41 is sold with either a steel bracelet or leather strap, both of which are accompanied by a spare fabric NATO-style strap woven with a grey camouflage pattern. 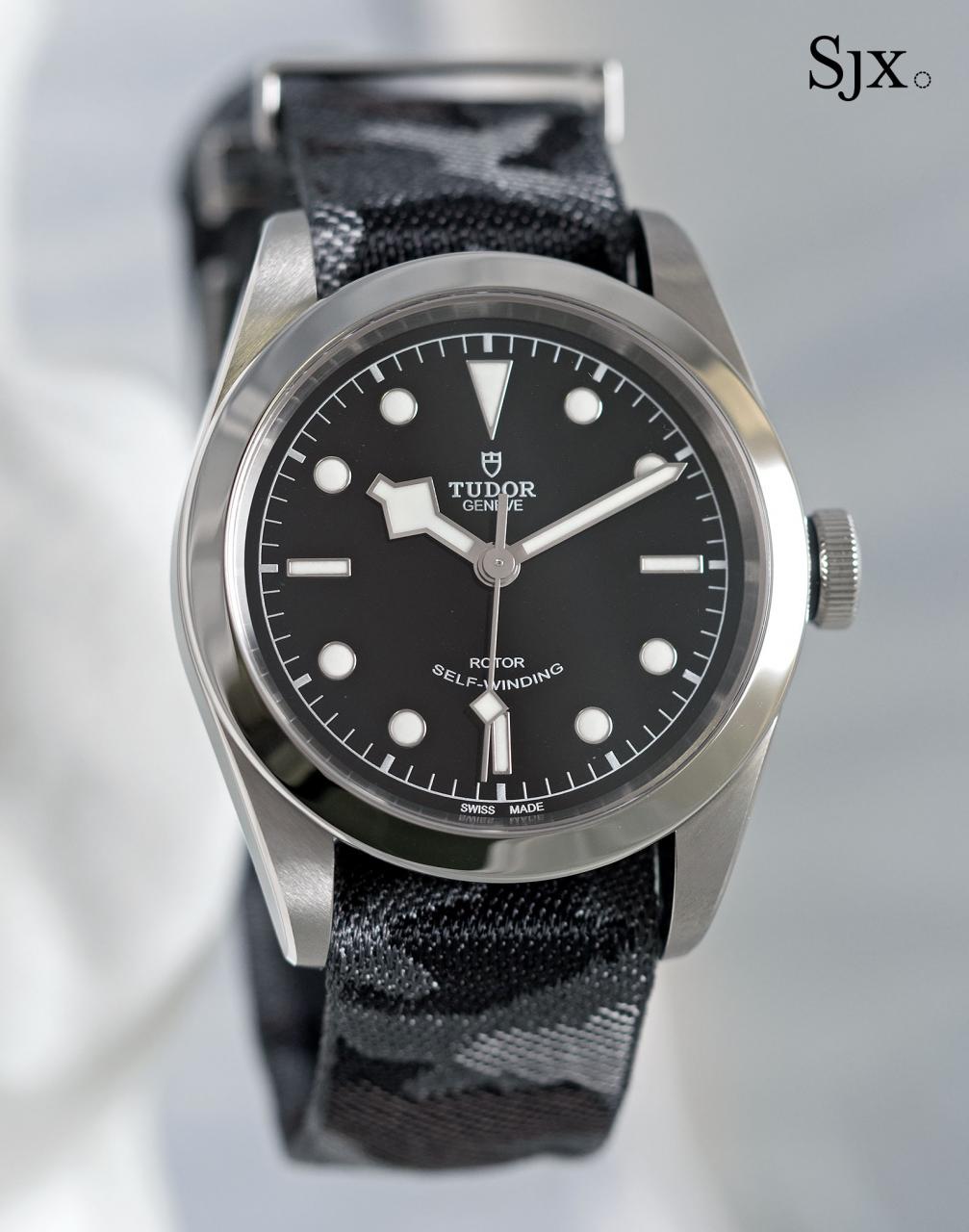 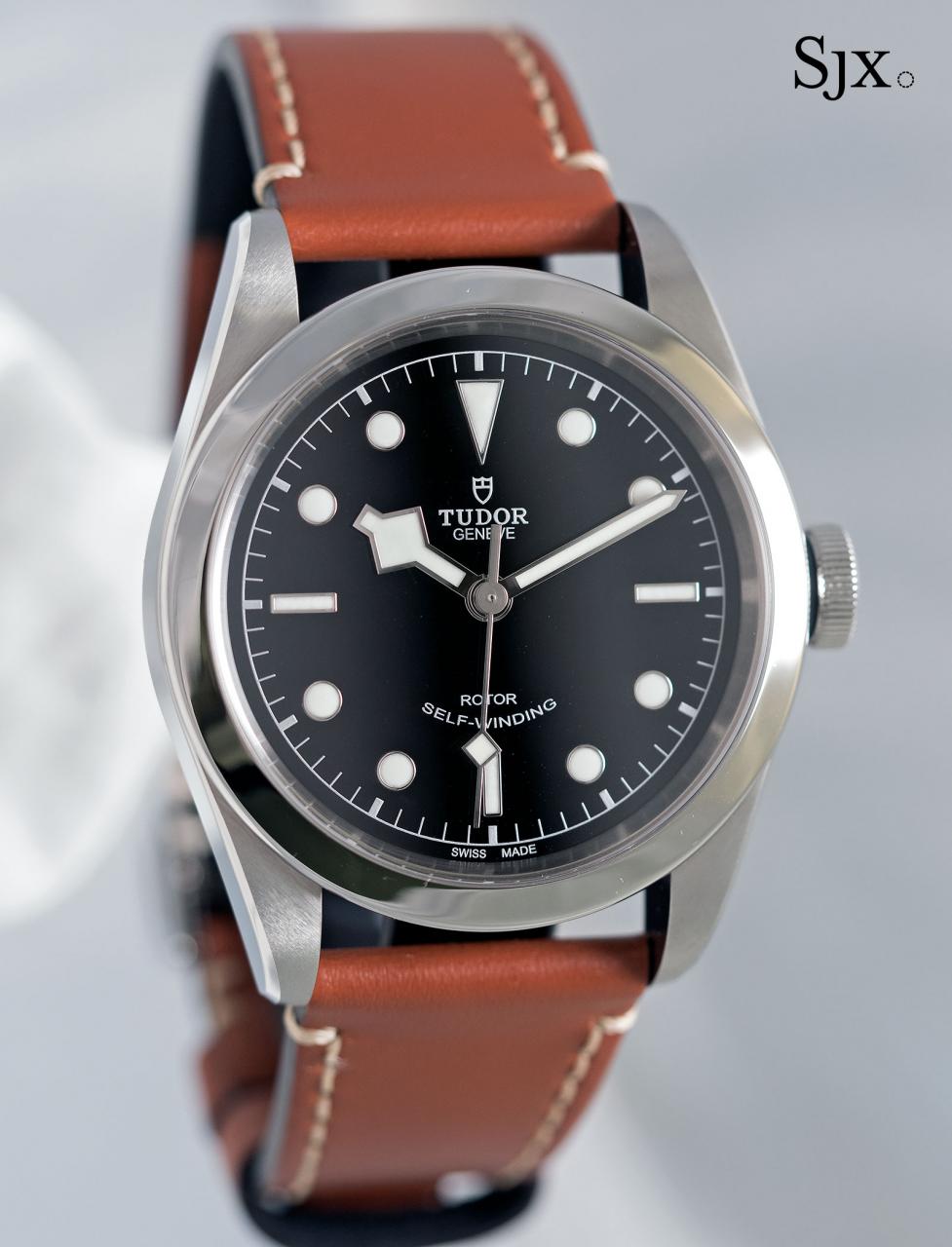 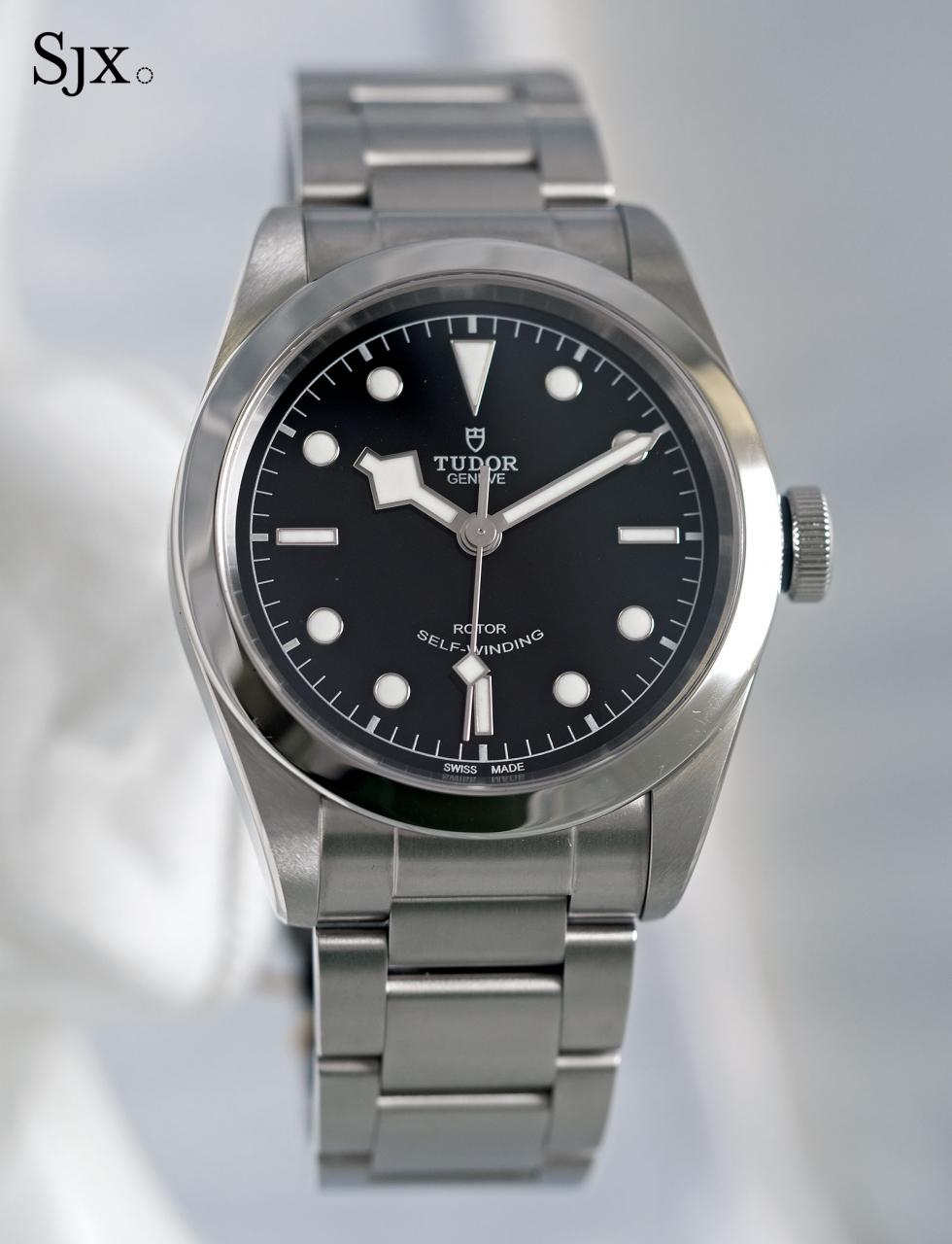 The steel bracelet is an Oyster-style affair, which is standard for Heritage watches with ETA movements; models powered by in-house movements get the riveted link bracelet as found on the second generation Black Bay.