Richard Mille has unveiled two limited editions to mark a decade of its partnership with Brazilian Formula 1 driver Felipe Massa, who was the first ever brand ambassador for Richard Mille. 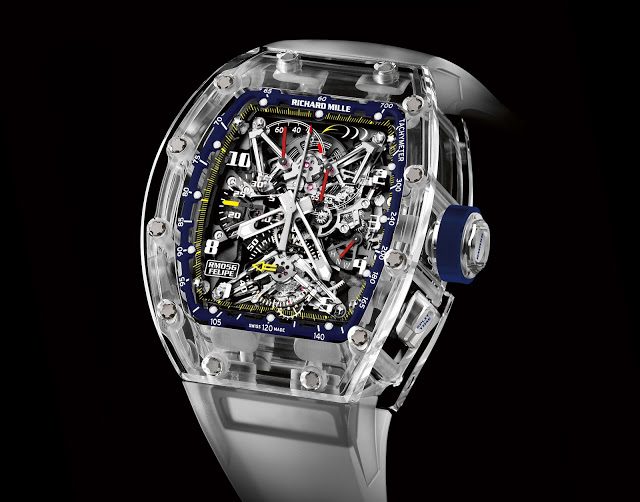 Felipe Massa, who now drives for Williams, was Richard Mille‘s first brand ambassador, becoming the prototype for the partnerships with sports personalities that have come to define Richard Mille. The importance of the relationship is underscored by the fact that several key Richard Mille timepieces have been named after Massa, including the RM 009 Alusic and the RM 011. The Richard Mille Felipe Massa 10th Anniversary collection comprises two watches, the RM 056 tourbillon-chronograph in a clear sapphire case, and the RM 011 NTPT Carbon chronograph. Both feature Massa’s signature on the sapphire case back, as well as his emblem on the dial at one o’clock. The RM 056 combines the most complicated movement used by Richard Mille (it is made by Audemars Piguet subsidiary) Renaud & Papi, as well as the most expensive case material in any watch. 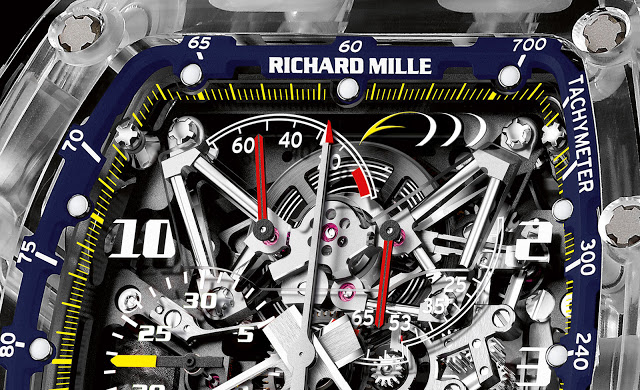 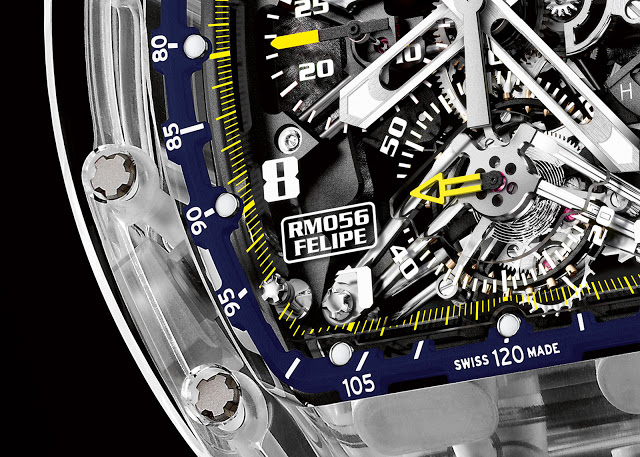 Featuring both a tourbillon and rattrapante chronograph, the RMCC1 movement is also equipped with a power reserve and torque indicator, as well as a crown function selection (so the crown doesn’t need to be pulled out to be used). The latter two features are signature complications from Renaud & Papi. 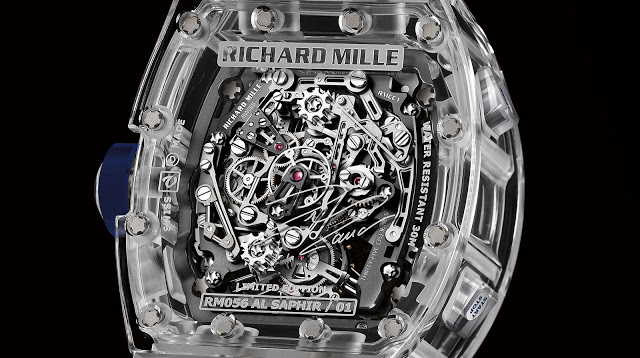 Being very hard but brittle, sapphire needs to be worked slowly but surely. Made by sapphire specialist Stettler, the sapphire case takes some 1000 hours of work to complete. That explains part of the price, which has not been revealed but will be in the region of US$1.7 million. It’s a limited edition of 10 pieces. Slightly more affordable with a ballpark price of US$160,000, the RM 011 NTPT Carbon chronograph has a case made of a carbon composite produced by North Thin Ply Technology (NTPT), a Swiss composite specialist that makes components for race cars and airplanes. It’s made of layers of carbon fibre, giving it an unusual woodgrain appearance. 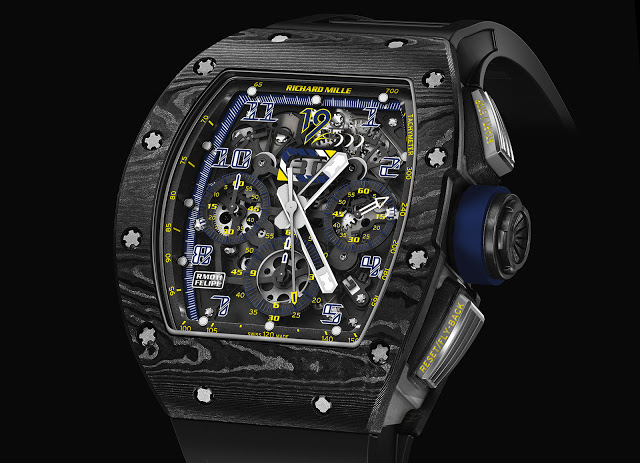 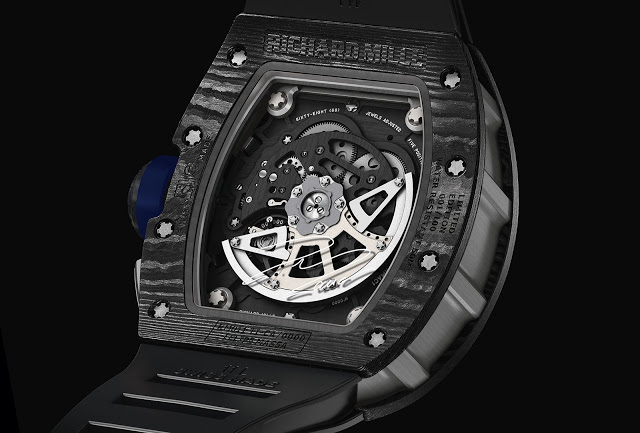 Mechanically it is standard RM 011, with a Vaucher automatic movement topped by a Dubois-Depraz module that gives it a chronograph and annual calendar functions. This is a limited edition of 100 pieces.